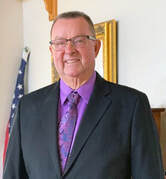 I was born in 1940 and raised in Culver City, California. After graduating from high school in 1958, I got a job at Douglas Aircraft but decided that factory work was not for me. I then began a program at Santa Monica City College to become an Industrial Wood Patternmaker - and loved it and became a journeyman in 1968. I met my wife while working for a contractor at the Los Angeles Air Force Station and we were married in 1965. One of the things that my wife said she loved about me was my desire to learn and study. Shortly after we were married, I decided to pursue a teaching degree at Long Beach State College.

In 1969 I got my first teaching position with the Monterey Unified School District in Monterey, California. I taught Junior High ,High School, and adult school for 22 years and then became an ROP Counselor for the rest of my 33 year teaching career. During this time, our son Matthew was born (1970) and our second son, Logan, was born in 1973. In 1974 my family and I moved to a 3+ acre parcel of land outside of Watsonville, California.

​Within a year, my wife and sons started attending Prunedale Church of Christ with our neighbor and her sons on the Joy Bus. Shortly after beginning we had a Bible study with Reg Rogers, the preacher at Prunedale, and my wife was baptized. I was not ready at that time but about 5 years later, I was baptized and joined my family at Prunedale. Because of my teaching experience and love of God’s word, I began teaching class within a year - and have been teaching and preaching ever since. Our preacher at the time, George Reed, held a class for the men who were interested in preaching. I took that class and gave a few lessons and discovered that I had a need to preach God’s word. It wasn’t long before a local congregation called needing a part-time preacher and George suggested me.  I began preaching the Sunday  service and have been preaching at the Alisal congregation ever since - 32 years.

I retired from the Monterey Peninsula Unified School District as an ROP counselor in 2002. My wife and I began to do some traveling - we love to cruise. On every cruise, I inquire about services and offer to preach. I have done that several times, and I have participated and led many Bible studies. Most of the people who attend these are members of various denominations but, on occasion, we find another member of the church and love the fellowship that we have. I also am a Master Gardener and Composter and have grown organically since the late 1960s. I am the grandfather of 5 and the great-grandfather of 1. God has blessed us with a good productive life.